The Story of the Jorogumo Silk Spider (絡新婦の巻, Jorōgumo no maki) is the 7th episode in the Dororo (2019) anime TV series.

A spider ghoul, Jorogumo took the appearance of a woman and deceived a young man named Yajiro to take her in, so she could heal the wounds caused by Hyakkimaru. Rumors of a kidnapper who 'kidnapped' numerous villagers was brought to Dororo and Hyakkimaru's attention. 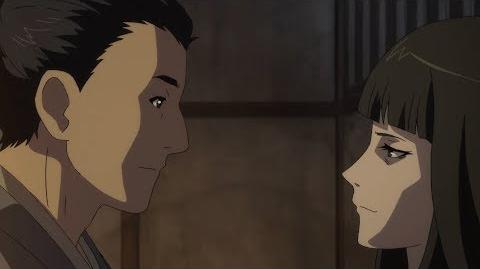 Retrieved from "https://dororo.fandom.com/wiki/Episode_7?oldid=4723"
Community content is available under CC-BY-SA unless otherwise noted.