Hyakkimaru, who recently gained the sense of hearing was wounded after a fight with a monster. Later on, he met a girl named Mio, a caretaker of orphaned children due to the war, tended to Hyakkimaru's injuries. However after knowing there was a demon nearby, he heads out despite his current state. 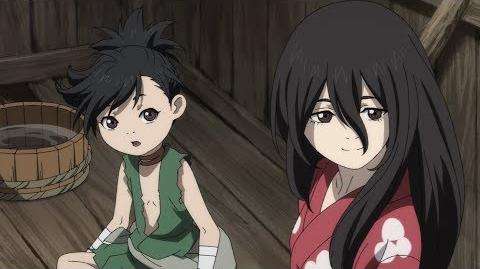 Retrieved from "https://dororo.fandom.com/wiki/Episode_5?oldid=4721"
Community content is available under CC-BY-SA unless otherwise noted.