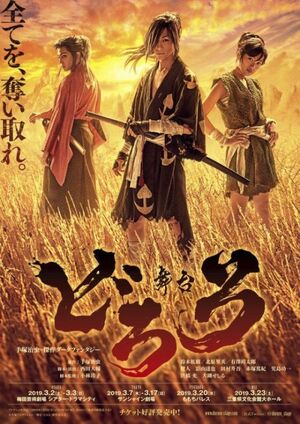 Dororo the Stage was a 2019 live theater adaptation of the Dororo series. It had four runs in four cities across Japan in March of 2019.

Retrieved from "https://dororo.fandom.com/wiki/Dororo_(Stage)?oldid=5843"
Community content is available under CC-BY-SA unless otherwise noted.